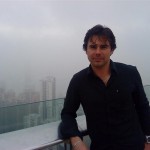 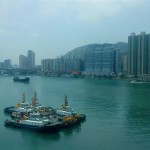 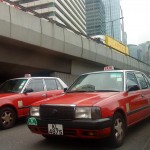 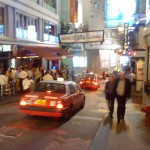 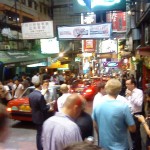 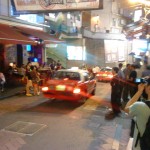 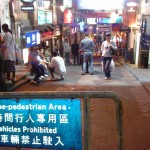 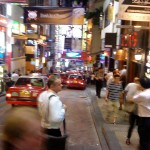 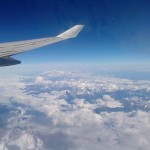 One of the worst in-flights I’ve experienced. Not because of the landing itself but because of how close we were to the surroundings.

After a nice lunch with Gerald and Adam at the Royal Hong Kong Yacht Club (where I couldn’t talk with Mikael in my cellular without being directed to a small booth!) down in the Harbour, Roger and I took of for a minor city tour where he showed me Hong Kong. I swear I could feel a certain vibe walking the same streets as Bruce Lee, and it’s quite an stunning view to have a look at HK up at The Peak. Quite a busy town, yet very relaxed and friendly. Bought a PS3 skate game to Isac at half of the price compared to back home. Should I buy some more??

Did some more meetings where I didn’t feel I was contributing very much so I did a walk-about of my own to get some air and feel the city vibe. Little did I know there was a storm coming and I found myself standing looking at the waves washing high over the harbour pier, thinking I should probably try to find some shelter. Some street signs and posters came rushing by in the strong wind and the rain got even more intense. Then, surprisingly the storm was over again within 20 minutes, and only the flooded streets could tell that something had just happened.

“Dude, that’s Mount Everest!” On the way home I overheard a conversation a few rows behind me, and suddenly from the speakers I could hear the captain confirm what I first thought was an imagination: Mount Everest on your right. Now, that’s a view!